for this summer, we are trying in-person services in a new location! Also streaming on Zoom

Home » Our History » Dakota UU in the Star Tribune

Dakota UU in the Star Tribune

A small church with a lot of faith

The only Unitarian Universalist church in Dakota County makes its home in an old video store after years of renting by the week or month.

They have met in retirement homes, in school gyms and even in members’ homes.

Over the years, members of the Dakota Unitarian Universalist Church in Burnsville also have rented space for services by the month, by the week, even by the hour in some cases.

Perhaps that is why after more than 22 years in existence the congregation remains not only one of the smallest church groups in the state – with about 20 active members – but also one of the most closely knit.

Like most Unitarians, church members hold a variety of beliefs about what constitutes truth, God and religion.  It is sharing that diversity of ideas that binds the group together.

“It’s nice to be around like-minded people and not be told what to do and what to believe,” said Kathy Grindeland, a church member.

At its peak, the group, the only Unitarian Universalist Church south of the Minnesota River, had about 60 members.  But that small size has not prevented members from buying their own building, a former video store.

Finding a permanent home has been just one of the struggles the church has faced.  Because of its size, it has not had the budget to have a full-time minister.

“It’s been quite a journey,” said Grindeland.  “I think we are very dedicated.  The greater Unitarian Universalist community seems to want us to hang around as well.”

Despite its small numbers, the congregation finally bought its own building on Hwy. 5 in Burnsville for more than $ 240K in 2003.

It was, by most accounts, the sixth location where church members had met since the church’s founding in 1988.

The congregation began meeting in the fall of 1988 and soon joined with another group of UU’s when they broke away from a larger Unitarian church in Bloomington to establish a presence south of the river.

Members say the spirit of the church is best captured in its mission statement:

“To be a space of sanctity where intellect blends with spirit and individuality is nurtured in community.”

While the group has tried to grow its membership, it has hovered in the 20-30 range for most of the time.  At times it has meant that services were attended by only a handful of people, especially during winter storms.  The small size also has meant that the church, in effect, takes summers off.  The group does try to hold at least one gathering a month; such as a barbecue, just to stay in touch.

Although the church is small, even by Unitarian Universalist Association standards, members said a lot of other religious organizations are finding it hard to grow.

“A lot of congregations are facing the same thing,” said Jim Grindeland, who handles the finances for the church.  “Things are shrinking all over.”

Grindeland said the church’s finances are “stable” right now.  It helps that by its nature, Unitarianism does not require a lot of trappings, such as large buildings, stained glass windows or statuary.

“You do what you have to do to carry on,” said Grindeland.  “So we continue on.”

Even if the group were ever to return to its wandering roots, the members say the church would continue.  “For a lot of us it’s a way to freely explore what religion is,” McKown said.  “But the main thing is that we really care about each other.” 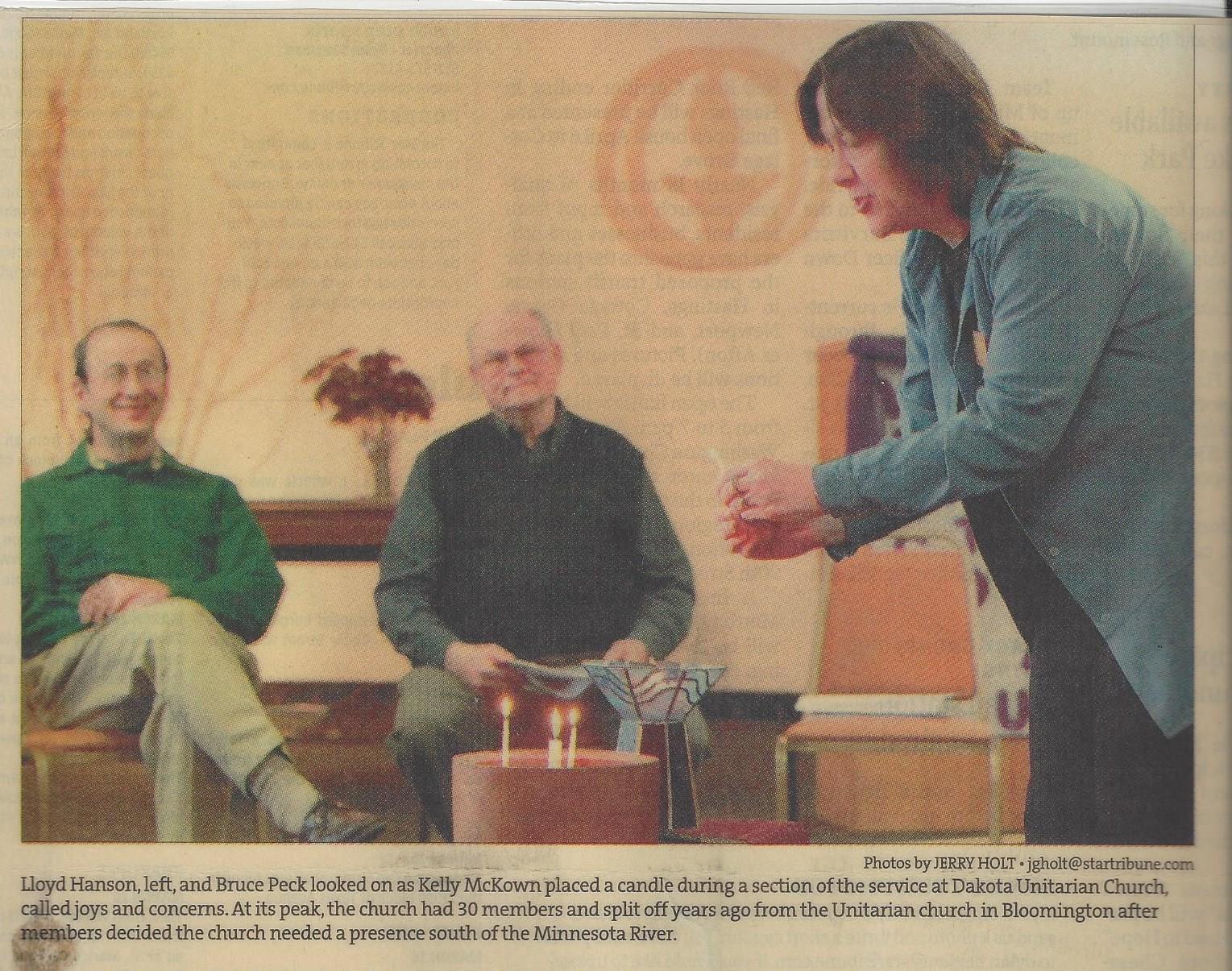 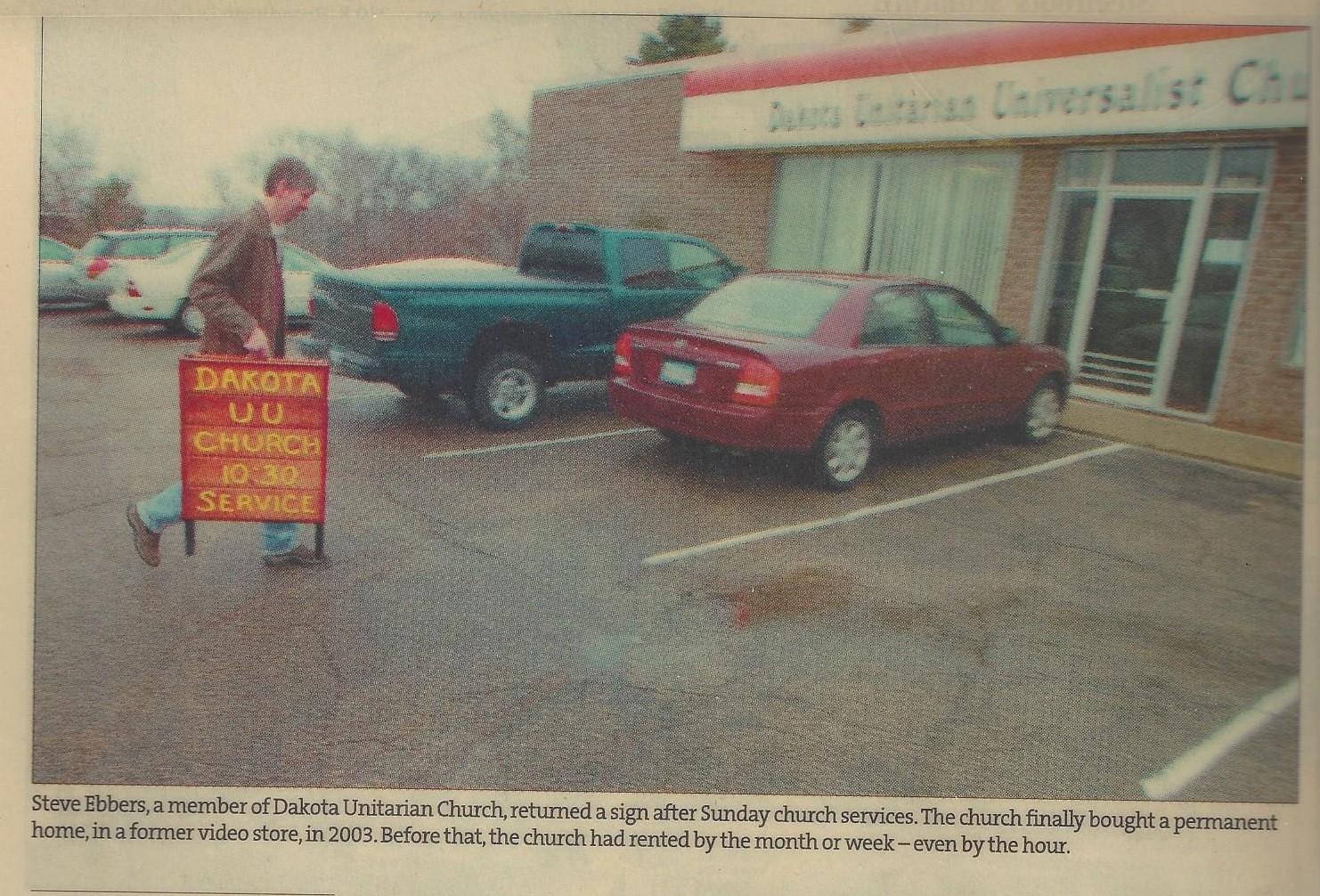 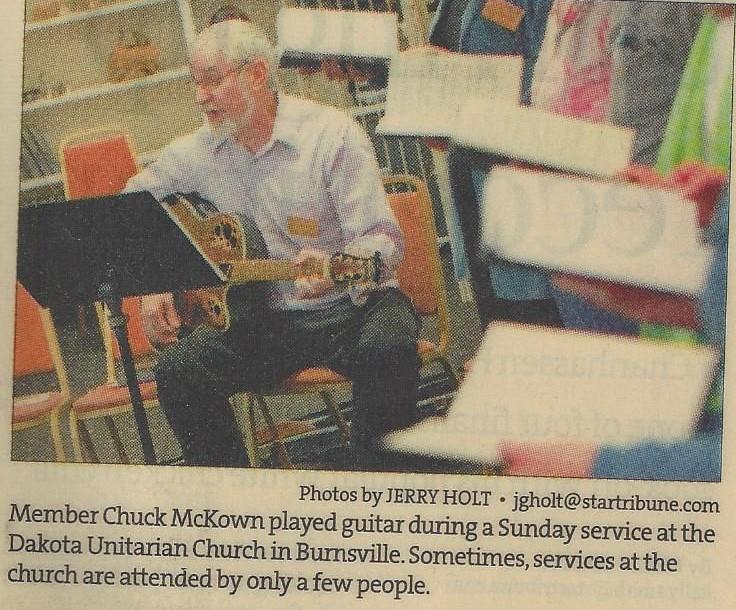